Whew!  Hope everybody has had a wonderful holiday season so far.  There’s just major one left, happens on about the first of January and I’m sure you know what I’m talking about!  It’s got me thinking about what’s left of 2010 and what’s ahead in 2011.  I’ve got all sorts of fairly sensible resolutions.  So I can keep an eye on my progress, I’ve written a few down.  But that’s not what this is about!  I’ve been blogging about landscape photography recently and I feel like changing gears (pardon the pun) here on the blog a bit.
As usual, thinking about the future has me remembering the past somewhat fondly, and there’s something that I hope to do in 2011 that I’ve done quite a bit in the past.  It’s been a few years since I attended any major motorcycle race events, and as I prepare to hit a few races this year I’ve started to formulate a photographic strategy to maximize the chance to come home with some memorable images.
As I look over images I've shot in the past, and in an effort to move toward some new kinds of images this year, it’s worthwhile to take stock of where I’ve been in the past.  Several things emerge as strategies to help me come home with lots of good images.  I’m going to share ten tips for shooting at large action sports events.  I’ll use motorcycling in the following tips but these will generally apply to any kind of action sports event.
I’m going to assume you, like me, are stuck behind official boundaries.  Press access is not available to most of us, yet many outstanding photo opportunities exist.  With that in mind, here are my top 10 tips for photographic success at events this year.

The other morning I was out for a short run when Bon Jovi’s Lost Highway played over the iPod Shuffle.  Sometimes life gives you a good moment.  This was one of those.  Felt like goin’ on forever. 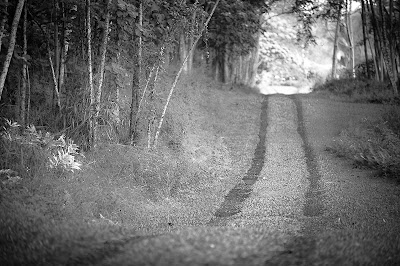 Posted by Unknown at 4:38 PM No comments:

Sitting in the airport in Hilo, just about to board the plan for HNL then on home.  Looking through the LR3 library, working on keywording and ranking, etc.  Thought I'd share this image from last night's sunset.  Sort of a precursor to yesterday's blog post, and not really what I felt like I was there to do, but thought it was interesting anyway.  The composition is identical to the previous image as it was difficult to safely crawl around on the wet lava in the dying light. 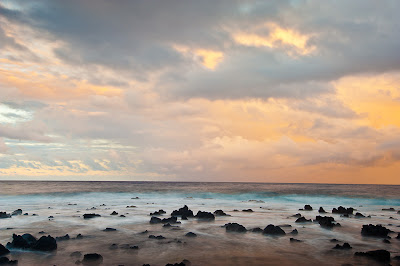 Everybody has someplace special, somewhere they call Paradise.
Posted by Unknown at 9:46 PM 1 comment:


Had a great day chasing waterfalls.  Here's Rainbow Falls along the Wailuku River, practically downtown Hilo.
Posted by Unknown at 12:22 AM 3 comments:

Who can resist?  Alas, I cannot. 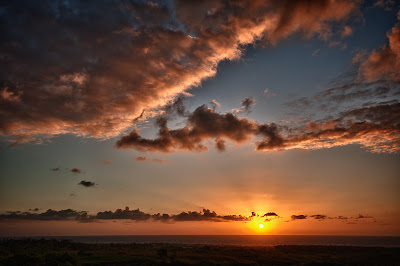 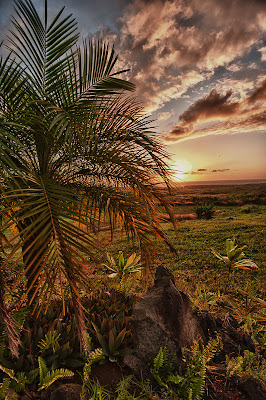 We were having breakfast on the Lanai as the sun came up this morning.  Something caught my attention on the wooden post nearest the table.  As Hawaiian visitors for the last half a century will agree, it’s not unusual to see geckos around dwellings.  Precisely how they arrived on these islands is not known, but several species of small geckos have been commonplace since at least 1940, perhaps long before.  Polynesian imports, the usual suspects are various shades of grey, beige and brown, and all look quite similar.  They’re highly nocturnal, becoming active only after the sun sets and often seen hunting bugs near porch lights late into the evening.  This morning it took a few seconds for the situation to correctly register in my brain - “Hey, it’s not dark, and this one’s GREEN!”  Wahoo!!!
Since long before my first visit to the Hawaiian islands I’ve been aware that a few species of Day Geckos run wild there.  Indigenous to Madagascar, individuals of a couple of species, including the Gold Dust Day Gecko (Phelsuma lauticauda) and Orange-Spotted Day Gecko (Phelsuma guimbeaui), were released by hobbyists.  More recently Giant Day Geckos (Phelsuma madagascariensis) appeared and persist in at least one neighborhood in Oahu.  A long time ago, in what seems like a different lifetime, I kept a prolific pair of Giant Day Geckos and have been a huge fan ever since.
This morning we were in for a tiny, orange-flecked, green thrill as we were visited by a tiny Gold Dust Day Gecko.  One of the smaller species, these little guys give away absolutely nothing in flash to their larger cousins.  Distant as they may be to their native Madagascar, it was really exciting seeing one “in the wild”.
My camera was nearby on the tripod, having finished a quick flurry of activity while the sun rose this morning.  Poor Suzanne was thinking I might sit still long enough to have one complete meal without interruption.  This morning, no luck!  I dashed for the camera, yanked it off the tripod, swung through the bungalow to change the wide angle zoom for the 105 mm macro, cranked up the ISO, squeezed down the aperture, and hoped there would be enough shutter speed to avoid motion blur.  The bright sunlight would help.  I slowly crept up on the tiny lizard and mashed the shutter, focusing manually and hoping like mad there’d be a sharp frame.
Posted by Unknown at 11:48 AM 1 comment:

Checking in from the Big Island

Hello from Hilo, HI!  Arrived at our rented cottage last evening after an uneventful but long-ish day “on the road”.  It was already fully dark, well past dusk.  No way to get here earlier in the day given our arrival time in Hilo as well as the need to pick up a few groceries.  Pulled in the driveway and was impressed with several things, most of which involved the remoteness of the location and the not-unrelated lack of light pollution.  After quickly unloading I knew it was time to make a few exposures of the amazing night sky.  Shot just a handful of images then started a longer exposure which might have showed some nice star trails if it hadn’t started raining about 20 minutes into the shot.  Felt a bit silly for not having fitted the camera with some rain gear, but it wouldn’t have made a difference anyway because the lens was pointed at the sky.  Bailed on the long exposure, which is going to have to wait for the weather to clear or another less rainy location from which to shoot.  In any event, the first few frames turned out nicely and I thought I’d share.
Spent the day scouting around a bit, but the weather was uncooperative as the landscape was beautiful.  Huge surf at the coast, incredible flora everywhere.  Can't wait to get out and make some more images.  For now, however, it's time to fire up the grill.  Have Israel on the iPod, fire on the grill and the chorus in the rainforest is warming up.  More to come...
Posted by Unknown at 10:03 PM 1 comment: